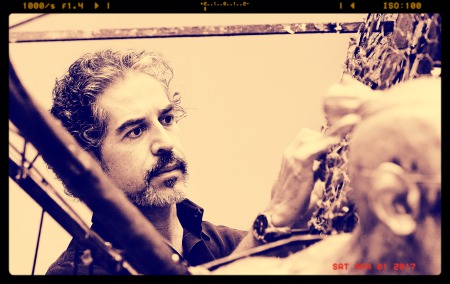 With over 30 years of artistic work, Jorge Marin has successfully entered into Mexico’s artistic scene and has become a representative of figurative international sculpture. Jorge Marin has participated in over 200 group and individual exhibitions. His artworks has been exhibited in galleries and museums in France, Spain, Portugal, Turkey, Germany, Belgium, Hungary, Romania, Costa Rica, Panama, El Salvador, Guatemala, Canada, United States, England, Russia, Belgium, Denmark, China, Singapore, Indonesia and Mexico. Currently Jorge Marin has begun roaming the Asian continent that will culminate in 2015.

The Wings of Jorge Marin, originally displayed on Paseo de la Reforma in Mexico City, are part of the project called eight cities eight cultures; having already installed as part of this, monumental sculptures in public roads in the cities of: Mexico, Berlin, and Tel-Aviv, becoming iconic reference of his works. The art of Jorge Marin is able to penetrate into the everyday life of humans and transformed into unique moments, to change the urban landscape, to convey and telling stories, their own and others. 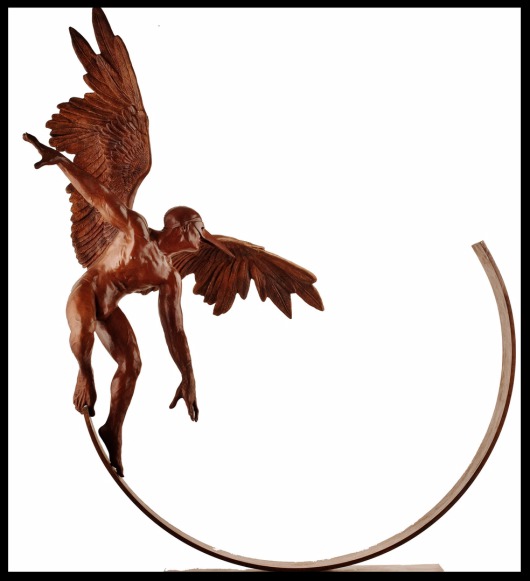 The sculptures of Jorge Marin reflect in bronze the intrinsic strength and force that emanates from its creation and permits the artist to construct dynamic bodies, full of movement, which challenge gravity and rotate in space supported on one point. The artworks of Jorge Marin represent the struggle between the coldness of bronze and the diverse emotions that his subject’s evocate: the perfect balance of the equilibrists and his winged figures has become his particular seal. Another notable trait in the sculptures of Jorge Marin work is the mask, an attempt to depersonalize his sculptures and become another medium of expression of a body that contains universal symbols in itself. Jorge Marin has dabbled in various sculptural dimensions, ranging from miniature to monumental, format has exhibited both in Mexico and abroad, seizing public space, generating an unprecedented dialogue between the artwork and the viewer, which is equal part of the monumentality of a pair of wings that accomplice of fantastic characters that, in squares and ridges, are integrated into the furniture.